And I whispered to the horse

Once In A Blue Moon

Robert Redford Calls for an End to Horse Slaughter

Robert Redford has come out strongly and publicly against the slaughter of America's wild and domestic equines. In a letter to Equine Advocates President, Susan Wagner, the legendary and award-winning actor, director, environmentalist and founder of the Sundance Film Festival, spells out the reasons why he feels horse slaughter is wrong and has no place in American culture. The letter was written to bring attention to the horse slaughter issue and the 2013 Annual American Equine Summit which Equine Advocates is hosting on April 27th and April 28th in Chatham, NY. In the United States, special interests have been trying to resurrect the horse slaughter industry in an attempt to export horsemeat for people in other countries to eat, despite the fact that the vast majority of Americans are strongly opposed to it and find the practice repulsive. For most Americans, humane euthanasia (a lethal injection as administered by a licensed veterinarian) is the culturally acceptable way to put sporting, recreational and companion animals down, just as we do for our dogs and cats.

We, at Equine Advocates wish to thank Robert Redford for speaking out at this very crucial and important time. As far as we are concerned, he is not only one of our finest actors and directors, but a truly great American. Here is his poignant and heartfelt letter which will also be read aloud at the 2013 American Equine Summit: 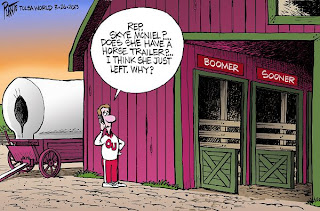 What About OUR Rights?

WHAT ABOUT OUR RIGHTS??

In 1971 CONGRESS passed The Wild Horses and Burros ACT.
At that time, their numbers were 1.5 Million.
The Act was written to protect them FOREVER.
There are only 35,000 left in the wild. An additional 50,000 are being held in pens, and thousands have been sent to slaughter.
WHY AREN”T YOU DOING YOUR JOB?
This is a ACT of CONGRESS being blatantly ignored.
Why do cattle have all the rights? What about my rights?
I want this ACT of CONGRESS upheld NOW. I want wild horses to be returned to the wild and I want the funds used to feed 50 THOUSAND horses used to fund this process.
These are MY TAX DOLLARS being flagrantly abused.
If I can’t trust you uphold an act of Congress that is 42 years old, how can I trust you on ANYTHING????
No comments:

Belgian and Belgian cross horses grazing in Chelsea last month. CORY YOUNG/Tulsa World
Oklahoma lawmakers and Gov. Mary Fallin might have thought that quick passage of the horse slaughter bill would bring the controversy to an end. Instead, they probably just guaranteed that the controversy will continue to drag on, perhaps for years.

And the awful irony is we might have had to endure this dreadful experience, and the damage it's done to our already lousy reputation, for naught - because there's a good chance Oklahoma will never end up with a horse slaughterhouse. Let's hope so, anyway.

But perhaps there might be at least one good outcome from this awful chapter in our legislative history: If Tulsa World readers follow through with their vows, lots of those lawmakers who supported horse slaughter and blithely ignored the wishes of voters might get booted out of office. (To learn how lawmakers voted go to www.tulsaworld.com/horsevote or www.tulsaworld.com/senatehorse.)

Several developments in recent years could mean there won't be a slaughterhouse anywhere in the U.S. any time soon: pending federal legislation; stricter requirements for exported horse meat; persistent documentation issues, and a growing meat-fraud scandal.

And, there's a growing movement across the country, articulated by the nation's top agricultural official, to find a solution other than slaughter for managing the country's horse population.

Just a few weeks ago, U.S. Agriculture Secretary Tom Vilsack called for developing a "third way" to deal with unwanted or unneeded horses.

Vilsack called on Congress to "come up with a better solution for handling unwanted horses than slaughtering the animals for meat for human consumption."

Vilsack's agency is reviewing five applications for slaughterhouses, including reportedly one from Oklahoma, although it is unclear if the Oklahoma application is still being pursued.

The secretary wasn't specific about what he meant by a third option, but suggested as examples that these horses could be used in programs to help returning war veterans or prison inmates.

Apparently a number of federal lawmakers agree with his stance. Pending federal legislation would ban the slaughter of American horses for human consumption and prohibit transporting them across the U.S. border to Mexican and Canadian slaughterhouses.

The measure, called the Safeguard American Food Exports Act, is in part a response to reports that horse meat has been found in food products in Europe and wrongly identified as beef.

The meat-fraud scandal began in early February when the British food protection agency found horse meat in a frozen lasagna product labeled as 100 percent beef, according to a Feb. 26 Washington Post report.

The investigation has found that meat fraud could be commonplace and that horse meat-laden products could have been sold across the European continent. "There is no telling how long the cheating has been going on or how much is undiscovered," concluded the Post.

The discoveries have led to the removal of numerous frozen foods from "hundreds of multinational-chain supermarkets in at least 16 countries," and "a dozen national investigations have been launched." There's now even talk of mandatory DNA testing for such products, among other steps.

Think something like this can't happen here in Oklahoma? Think again: According to a recent report, it already has. The reason Oklahoma leaders adopted a ban on horse slaughter for human consumption in Oklahoma, according to the report, was because it was found in what was supposed to be beef hamburgers in a couple of fast-food restaurants back in the early 1960s.

According to a federal review of USDA's ability to ensure humane transport, "many owner/shipper certificates, which document compliance .... are being returned to USDA without key information, if they are returned at all."

The agency rarely takes action against any owners or shippers who are found to be in violation of transport regulations, nor has it been able to track horses that have been given drugs that would render them ineligible for slaughter and human consumption, according to a series of articles on horse slaughter run by Forbes magazine.

A Canadian survey, according to the Forbes reports, found that Equine Information Documents required by the government there had "missing and incomplete information on the horses' previous owners or agents and misidentification of horses in accompanying photographs."

It recently came to light that allegations of some shippers falsifying health forms are being investigated in Oklahoma. Agriculture Secretary Jim Reese confirmed the investigation, now before a state multicounty grand jury.

It's not much of a stretch to imagine that the foreign markets might some day turn their noses up at American horse meat, given the documentation issues. Wouldn't be much need for slaughterhouses then.

Why would state leaders want to get into a business fraught with so many troubles? Oklahoma had the chance to be a pioneer in developing a humane, appropriate response to managing the nation's horse population - or at least the state's - but instead leaders here chose the most objectionable route, one that experience shows will lead to a never-ending quagmire of legal and environmental problems, controversy, and divisive debate and activism. To those who think the problems related to this issue are over: They've just begun.

ShareThis| Print Story | E-Mail Story
Dave Philipps
dave.philipps@gazette.com
Two state agencies dropped the ball when it came to prosecuting a southern Colorado wild horse buyer who admitted to breaking state laws while shipping hundreds of federally protected wild horses.
The buyer, Tom Davis of La Jara, has not been charged nor investigated. The two state agencies involved blame each other, saying there is “confusion” and “a disconnect” about who should head an investigation.
A ProPublica report published in The Gazette in September detailed how Davis, a proponent of horse slaughter, purchased truckload after truckload of wild horses from the Bureau of Land Management. Davis said he then shipped the horses to what he called “good homes” all over the country. None of the horses have been accounted for. Wild horse advocates believe they illegally went to slaughter. Davis denies this.
Colorado law requires a state brand inspection when livestock is sold or shipped more than 75 miles. Brand records show Davis received more than 1,700 horses from the BLM, but shipped only 765. None of the horses are still in his possession, meaning almost 1,000 were shipped or sold without an inspection.
Davis admitted as much to ProPublica, saying he did not want brand inspectors to know where the horses were going. When the reporter suggested that was illegal, Davis replied, “Since when is anything in this country done legal?”
Each violation of the brand law is misdemeanor punishable by up to 18 months in jail and a $1,000 fine.
After the report was published, the Department of Interior and the Colorado brand inspection office said they would investigate Davis.
“The brand laws are some of the oldest laws in the state,” Brand Commissioner Chris Whitney said last fall. “They are there to prevent livestock theft and we take them very seriously.”
He spoke to Davis in October and said Davis admitted to violating brand laws.
Whitney then called the 12th Judicial District Attorney, David Mahonee, in November to brief him on the case. He sent the D.A. a formal letter saying Davis had admitted to violating the law and “an investigation is warranted” but the brand inspection office was not equipped to do it.
Since then, no one has launched an investigation. The Gazette contacted officials this week about the matter.
Whitney said he was surprised to hear the case had been dropped because in November, Whitney said, Mahonee told him he would turn the matter over to the local Sheriff’s office.
Mahonee said the brand commissioner misunderstood. He said he told the commissioner it is not the D.A.’s job to initiate investigations, and that Whitney would have to turn the matter over to a law enforcement agency to conduct an investigation.
“That’s the disconnect,” said Mahonee. “There is no evidence, just a letter saying there is something going on.”
The Department of Interior investigation is ongoing and a spokesman declined to provide details.
The brand commissioner vowed Thursday to rectify the oversight, saying if the D.A. would not get the sheriff to investigate, he would.
“Somewhere there is confusion,” Whitney said. “But clearly an investigation needs to be done.”
—
Contact Dave Philipps
636-0238

Save A Horse From Slaughter 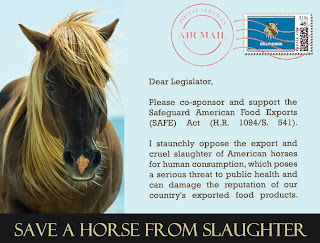 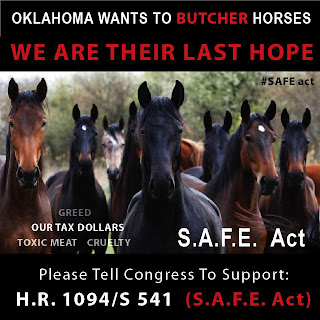